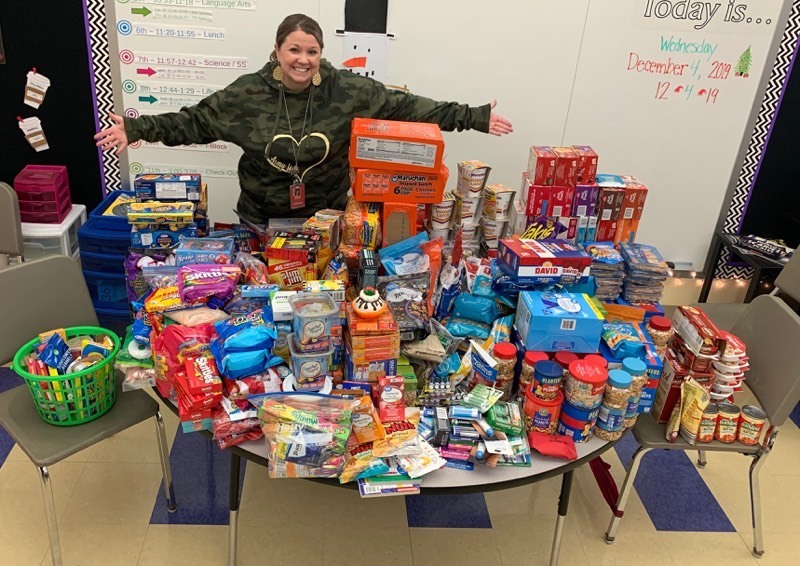 Students and Staff Donate Care Packages to Our Brave Servicemen