This search form uses an instant search feature. As you type, search results will appear automatically below the search field. When you've entered you desired search terms use tab to navigate through the available results and hit enter to open the selected page or document.
EDIT LEFT

The process of moving the administrative offices has been discussed many times over the past few years. District leaders have focused attention on having a minimal impact on students and staff in order to alleviate decreasing building space. Below is a time sequence of discussion, plans, and actions that have taken place over the past four years to create more district revenue through building consolidation and revenue and expenditure savings.

Summer of 2016 - The district office relocated to Shabbona and the middle school relocated to Morris Grade School (consolidation).

Friday, October 7, 2016 - This week, we continued to show available Shabbona rental space to Morris Hospital and EMS/Paramedic groups. The hospital could rent as much as 15,000 sq. ft. which would equate to $150,000.

Friday, November 4, 2016 - Morris Hospital representatives and District 54 personnel met, and they chose to move forward with renting all available space at Shabbona. The total space is around 20,000 sq. feet, and this generated a considerable amount of revenue for the district. Preliminary plans were shared with the District 54 finance committee, and the moves primarily affected offices and not classrooms.

February 3, 2017 - Due to a change in building administrative leadership, Dr. Dudek, District Superintendent, and his assistant moved to Morris Grade School.

August 17, 2018 - Over the course of the 2017-2018 school year, there was quite a bit of conversation about cramped quarters at District #54. Due to the loss of available space, district personnel looked at a few locations, off of campus, to move the district office. It was necessary to investigate locations to open up office, classroom, and available space at Morris Grade School.

February 11, 2019 - Portable classrooms were investigated to offer flexibility to District 54. District architects worked with companies to find the best option for the district's needs. The units would be able to be sold back when the district is finished with them. Conversation was had to move all of District 54’s preschool children to the portable classrooms. It could house 3 classrooms, and allow for a variety of other space opportunities.

April 29, 2019 - The first bids for portable classrooms came in much more than expected, so Dr. Dudek met with the district architects to make a new plan for portable classrooms. We looked into other options similar to other districts. Architects were interested in possibly getting a 6 plex unit. We hoped to have the project go to bid in the Fall to get more competitive pricing to complete the project for the 2020-2021 school year.

The Pre K Center project was put on hold at this time.

July 1, 2019 - Dr. Dudek had a meeting with the architect to further discuss the district’s options for portable classrooms. They looked into other options such as; the number of rooms available in a unit and the locations the unit could be placed on the school’s property. This helped determine what best fits the needs of the district and determine the costs. The district hoped to purchase a unit and to be the general contractors of the project. This will also help save on costs for the district.

September 20, 2019 - Dr. Dudek met with district architects on the possibility of adding a portable classroom for PreK. Pat Callahan presented options, but we’re finding a “stick built” solution is better than adding a temporary portable classroom. Discussion wes had on moving the central office to this location instead of students. This discussion let to great options that will open up classroom space in the building without a large cost and moving students

October 15, 2019- Dr. Dudek met with the architects to revisit the portable classroom project. The architects came with plans and pricing. The two portable classroom quotes were for $910,000 and $690,000. This included a stick built building quote that would cost approximately $810,000.00. There are many requirements necessary for building a portable or stick built building for students to be placed in, which increases the costs. Now the architects have made plans for an administrative building to go in the same area to be more cost effective. Having an administrative building would potentially open up four classrooms in the building. Building funds, alternative revenue, and/or TIF could be used to fund this project. The architects will be finalizing the plans and the costs.

November 8, 2019 - District administrators met with Pat Callahan, Craig Meadow, Barry Narvick, and Andrew Narvick to discuss an administrative building. The estimated cost was around $800,000, but the projected cost of the project came in closer to $700,000. The project should take around three months to complete, and it could be completed around June 1.

November 1, 2019 - District administrators had a meeting with Pat Callahan and Craig Meadow to discuss an administrative building. GC Studios communicated with Narvick Construction, and all parties met to discuss all the particulars - cost, size, timeline, etc. The estimated cost is around $800,000, and We worked in partnership as a design build, so we’re able to work with a specific contractor rather than only working with lowest builders.

December 2, 2019 - At a school board finance committee meeting, the architects presented the history of this project along with additional plan options and pricing. The original project was for a modular building to house the preschool program. The modular preschool building would have cost approximately $900,000. The most cost effective plan for the District is to “stick” build an administrative office building. Having adults in a space instead of students reduces the amount of items needed in the space; such as sprinklers and a shelter in place location. This additional building would open up space within the existing school building for students. The administrative office building would be built over the Spring to move into over the Summer. The building would match the existing building as closely as possible. The budget cost of this project would be approximately $650,000. The next steps were for the District to approve Narvick Brothers as the Construction Manager of the project and Studio GC as the architects to complete the construction drawings. Then bids can be submitted for the sub contractors pricing on the project.

Motioned by Hiller, seconded by Sikora to approve the Administration Building Construction Manager.

January 16, 2020 - District administrators met with GC Studios to discuss progress on the design of our administrative building project.

January 24, 2020 - District administrators met with our architect from GC Studios to discuss final plans for the administrative building. A meeting with architects and Narvick Construction for final plans was scheduled.

March 16, 2020 - A final recommendation was made at the March school board meeting for Narvick Construction to construct a new administrative building. The action item was approved for the Administrative Building Construction costs not to exceed $650,912.00.

The construction of an Administrative Building will help create room to help improve academic programming and all for the expansion of student-based initiatives. Approximately seven office sized rooms will open up within the school building. This could allow for some special services to move out of classroom space and free it up for repurposing. Some of these uses may include the following:

The creation of an administrative building will truly cause a ripple effect that will ultimately benefit students and enhance the instructional programming at Morris Grade School.

There are various opportunities to maximize District 54 finances. All decisions are made based on what is best for students and how we can pay for the project. In order to fund the administrative building project, district personnel evaluated revenue and expenditures for the project. The overall project has a bid quote not to exceed $650,912. 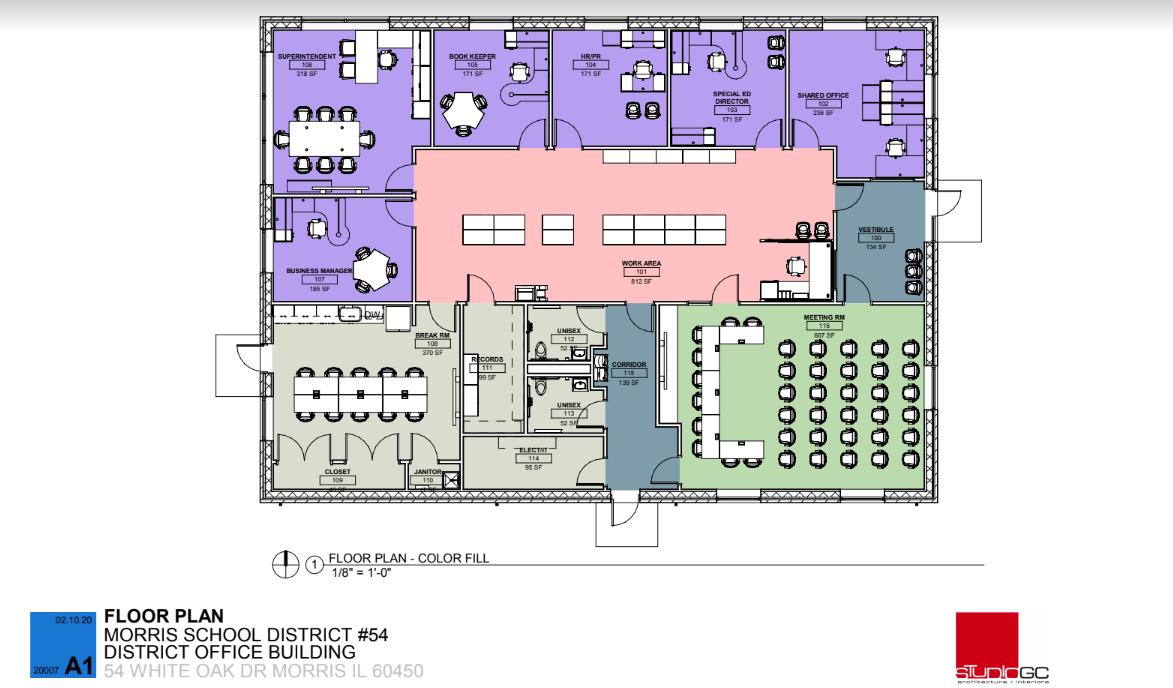 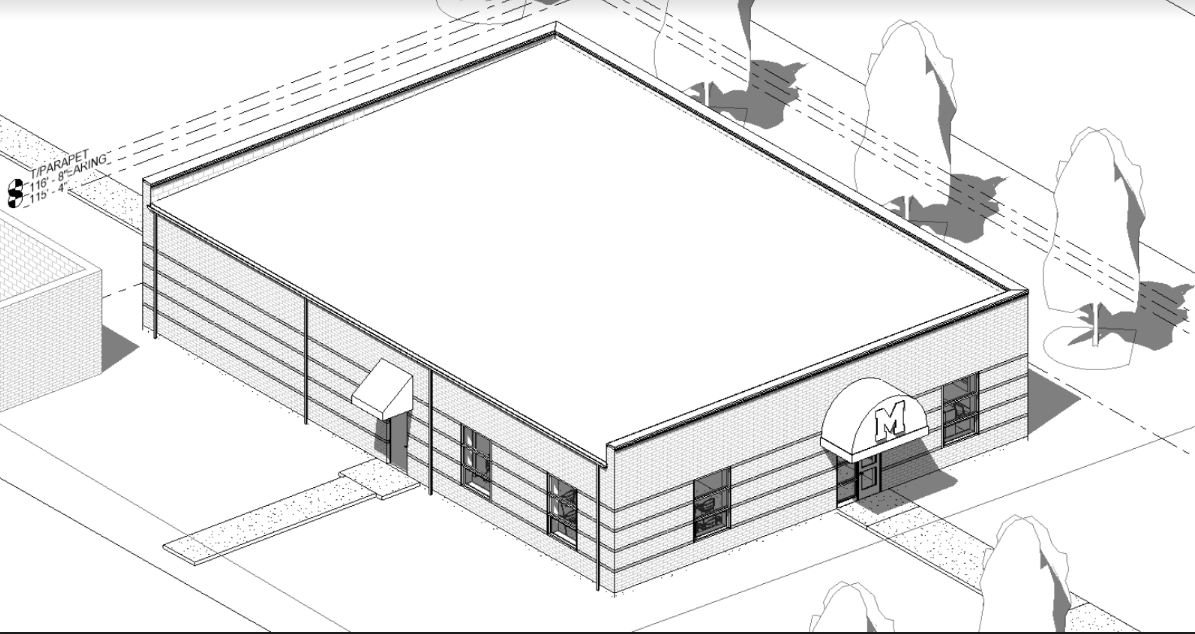 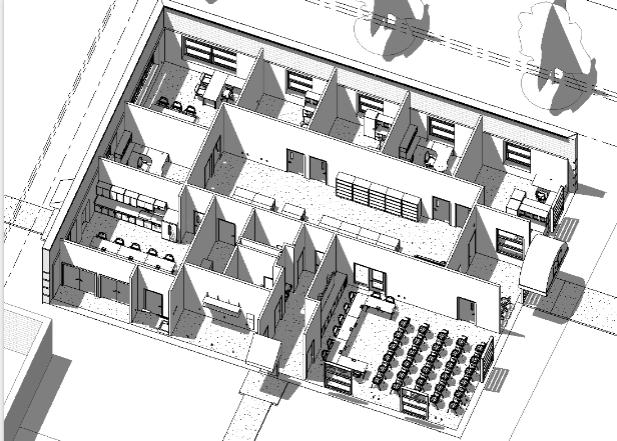 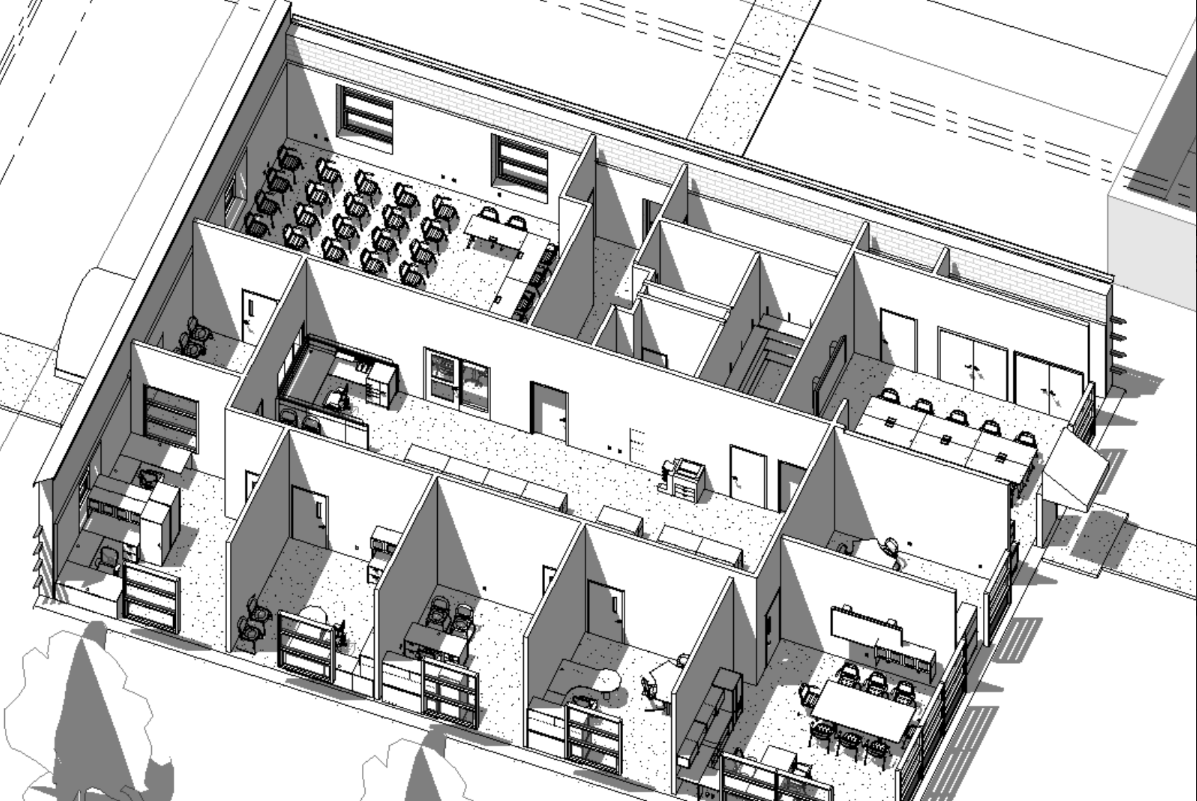